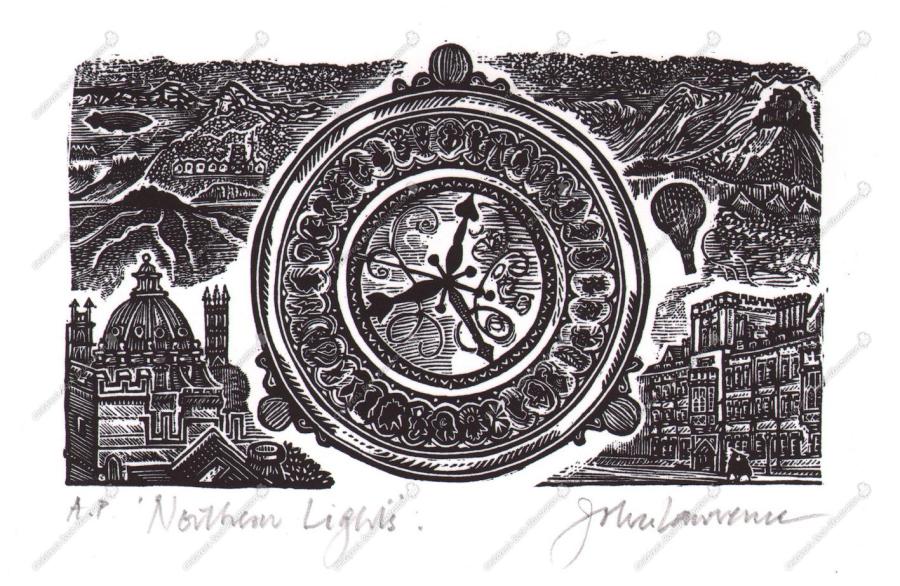 I thought that I would take a trip down memory lane and look at some of the books from my childhood that really stuck in my mind as being memorable or being important to me in some way.

I read a LOT as a child. It was as if books were extensions of my hands, and I was an avid reader from a young age, reading higher level material than a lot of my class. At school I could sit down in a quiet classroom and become so absorbed that when I finally looked up, it would be to a full, noisy classroom. My birthday and Christmas wishlists would generally be comprised mainly (if not only) of books.

Thinking of books to select for this post was actually surprisingly hard. Thinking back, there are only a certain number of books or series that jump out at me as being particularly special and stand out. I also then realised that on the whole my childhood books have been fiction or fantasy only – no science-fiction until I reached my teens!

When I was little, I never read (or had read to me) any of the ‘classic’ stories such as the The Secret Garden, The Wind In The Willows, Winnie The Pooh or Swallows and Amazons. Instead, under the age of 7 I read stories like Six-Dinner Sid, Cat, You Better Come Home, Meg and Mog and Mog and Bunny (are you sensing a theme here..?).

A book that particularly stuck with me (and maybe influenced me) was The Sandal by Tony Bradman. A little girl out on a walk with her family in 77AD loses her sandal in a river. It ends up in a museum in the present day which is seen by a similar modern day little girl and her family. The modern day little girl loses her sandal too, and this is seen in a future museum in 2250AD by a little girl and her family. What is great about it is how it connects us in the present to history through the medium of something so ordinary like a sandal, but also by placing us in history when compared to the future. 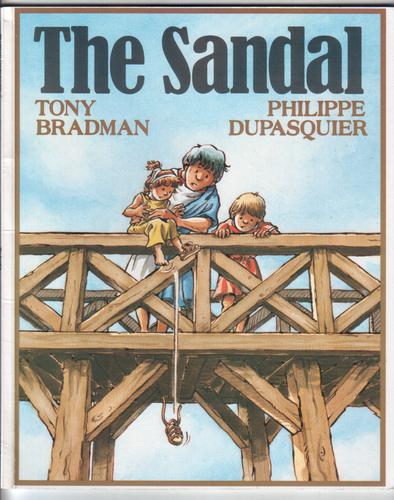 From the ages of 7-11 there are a number of books I read which I consider the science-fiction and fantasy books of my childhood:

Dennis The Dragon and Dennis The Dragon Finds A New Job were hand-me-downs and I suppose my first dragon books! Dennis the Dragon finds a New Job is my favourite. One of the jobs he gets is as night security at an ice-cream factory… you can well imagine how that ends up! Glorious illustrations with fond memories. I always think of this story when I see Neopolitan ice-cream.

I can’t remember which stories I had from Brambly Hedge, it was an audiotape, but I recall these being lovely little stories about families of mice who lived in Brambly Hedge – a sort of cross between Beatrix Potter and Redwall.

I had three of these books; Ivy Cottage, The Thorn Witch and Rag Doll Press. A retired nanny, Miss Biscuit, moves to Ivy Cottage with Violet Pickles a living rag doll, who is unhappy with the prospect. This is the premise of the first book Ivy Cottage, and again has some wonderful illustrations accompanying the story. I think the Thorn Witch was actually my favourite, when Violet and Buttons (another rag doll) dress up to go to a Hallowe’en party, but are captured by the the rude Thorn Witch. A nice comfort series perfect for nostalgic re-reading.

More hand-me-downs, these were great fun to read from a young age, even though some of the characters names were initially hard to pronounce and I didn’t get all of the jokes until I was a little older (a druid names Getafix? hehehe). One of my favourite ones was Asterix And Obelix All At Sea because OH MY GOODNESS – TIDDLY, TUBBY OBELIX IS ADORABLE! If anyone hasn’t seen them there were some animated film versions done a while back which are good with Craig Charles (Lister from Red Dwarf) voicing Asterix.

First of the Wind on Fire trilogy, I bought this one at a school book fayre when I was around 8. The story centres around the Hath family, specifically twins Kestrel and Bowman and their friend Mumpo. They all live in a city where your social and financial standing is dictated by how hard you work and how well you do in tests, even toddlers can affect their entire family’s standing on how well they do in development tests. Kestrel decides she’s had enough of this and takes action. For anyone who has ever been through school, or have appraisals and personal development plans at work etc. this is a great book. It is all about being yourself and the importance of friends, family and sacrifices.

Starting with Redwall in terms of writing order (it is number 8 chronologically), Redwall is an Abbey, home to kind and peaceful mice. The abbey’s creatures and their other woodland friends are threatened by Cluny the Scourge, and evil rat and his army. This series is fantastic and I re-read them so many times – I still need to get my hands on the last three or so. Full of friendship and heroism, these books aren’t all sunshine and daisies and have moments of wisdom throughout. Plus I would love to attend one of their feasts – the descriptions make me drool!

Also known as the Golden Compass to American readers. This is the first of His Dark Materials trilogy. This is a well-crafted series, which begins with a girl called Lyra and her daemon (sort of a physical manifestation of her soul) called Pan. They live in a kind of steampunk early 20th century Oxford in one of the colleges surrounded by Masters of the college. In the face of a lot of danger, she starts an adventure which charts her growth from a child into a young woman and ultimately leads her to discover the truth about daemons, dust and worlds. It’s a wonderful series, one particular moment had me in tears, but I am sure that there were many other moments along the way and it was un-putdownable. When I was reading the third book (The Amber Spyglass) my book was confiscated as I was caught reading behind a pillar during a class singing lesson in the chapel… whoops!

What can I say about these books that others have not already said? Along with First Term at Malory Towers, these books meant a huge amount to me as I attended a boarding school from the age of 8, so they helped make a potentially scary experience magical. My friends and I used to pretend we were characters from the books (I was Ron) and we used disposable chopsticks as wands and even made an Owl Post to deliver notes and Daily Prophet (with ‘scandalous’ news and a crossword)! These books and the Wizarding World were real to me as it was played out alongside real life during the day and in the evenings. Though things got a bit weird when we swapped to Lord of the Rings, Queen Victoria’s children and James Bond…

The Hobbit and The Lord Of The Rings – J.R.R. Tolkien

I was really lucky in that The Hobbit was actually a text we had to read in my English lessons when I was 11. I had seen the Lord of the Rings film by this time and was reading the trilogy with a torch under my duvet due to a period of insomnia caused by settling into a new school. Again, Tolkien’s works were something that became part of my daily life and actually remained so for most of my time at secondary school. I remember being so annoyed because I was determined to beat everyone in the class on a Hobbit quiz and nearly got every question right except my brain had a moment and faltered over Elrond’s name (of all things!), and my best friend, who wasn’t that fussed, beat me by half a point or something and won the chocolate bar prize! It doesn’t still rankle… honest! hehe. I also had the lucky chance of a school trip to see the Hobbit in theatre and I recall to make Bilbo invisible, he had blue-white tube lighting around his costume that lit up – so amazing!

From the age of 12 onwards, I started to read adult science-fiction and fantasy with authors such as Anne McCaffrey, Roger Zelazny, David Eddings, and Raymond E. Feist. It was also when I started to be aware of and explore science-fiction more. The rest is, as they say, history…