In June we read The Aeronauts Windlass by Jim Butcher and Six of Crows by Leigh Bardugo. Read on to see what members thought of the books! 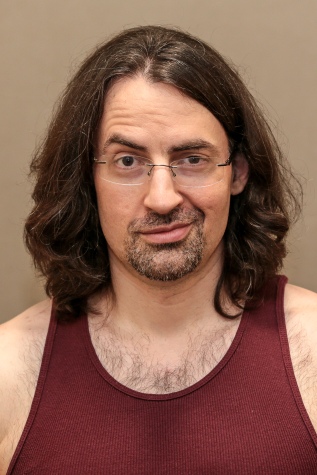 The Aeronauts Windlass by Jim Butcher

Since time immemorial, the Spires have sheltered humanity, towering for miles over the mist-shrouded surface of the world. Within their halls, aristocratic houses have ruled for generations, developing scientific marvels, fostering trade alliances, and building fleets of airships to keep the peace.

Captain Grimm commands the merchant ship, Predator. Fiercely loyal to Spire Albion, he has taken their side in the cold war with Spire Aurora, disrupting the enemy’s shipping lines by attacking their cargo vessels. But when the Predator is severely damaged in combat, leaving captain and crew grounded, Grimm is offered a proposition from the Spirearch of Albion—to join a team of agents on a vital mission in exchange for fully restoring Predatorto its fighting glory.

And even as Grimm undertakes this dangerous task, he will learn that the conflict between the Spires is merely a premonition of things to come. Humanity’s ancient enemy, silent for more than ten thousand years, has begun to stir once more. And death will follow in its wake…

On the whole the group enjoyed it, with the majority of members giving it either 3 or 4 stars (some 2’s and 5’s in there too!). For the most part members said it was an enjoyable read, but the criticisms seem to be along the lines of uninteresting characters and not delivering on hype. There was also some interesting discussion on whether the book fit into the YA category, what YA actually meant, and whether it was negative or positive…I don’t think there was any real overall agreement in the end.

I liked this story but I didn’t love it, which would ordinarily be okay except that I was expecting soooo much more. With that dashing looking guy on the cool cover I was expecting daring aerial adventures with Captain Grimm and his stalwart crew. What I got instead was mostly the land adventures of a group of 16-18 year olds and a talking cat. There would be 4-5 chapters from the (third person) POV of one of the YA set to every one chapter from Grimm. Even the talking cat had chapters from his POV and that was just a little too precious for me. Overall, I feel misled by the cover and book blurb, neither of which gave any indication at all of the adolescents who are all over this book. I don’t like being tricked into reading YA when the marketing tells me it’s a book about adults.

I found the book easy to put down since I never really felt any pressing desire to find out how the characters would fare. I liked some of the characters but none of them ever came alive for me and consequently I never felt overly invested in any of them. I also thought the story felt overly long, not terribly fun or interesting, and by the end I was ready for it to be over. This is supposed to be the first in a new series but, at this point, I’m not feeling any desire to read more.

You can find Veronica’s original review on Goodreads

Six of Crows by Leigh Bardugo

Ketterdam: a bustling hub of international trade where anything can be had for the right price—and no one knows that better than criminal prodigy Kaz Brekker. Kaz is offered a chance at a deadly heist that could make him rich beyond his wildest dreams. But he can’t pull it off alone…

A convict with a thirst for revenge.

A sharpshooter who can’t walk away from a wager.

A runaway with a privileged past.

A spy known as the Wraith.

A Heartrender using her magic to survive the slums.

A thief with a gift for unlikely escapes.

Kaz’s crew are the only ones who might stand between the world and destruction—if they don’t kill each other first.

A good range of reviews on this one, with the majority sitting at 4 or 5 stars. Members enjoyed the immersive world and the interesting characters, with Kaz being a clear favourite. The two major criticisms seem to be that the book didn’t live up to expectations and that the ending was somewhat disappointing (though not everyone agreed!).

I have found more and more lately, the books that are appealing to me are blends of different genres. This is one of those. Six of Crows takes a heist story and puts it in a fantasy setting. It’s a great combination very well executed. It reminded me a bit of The Lies of Locke Lamora, which is high praise in my world, this one just had more magic.

Kaz Brekker, thief and conman with no peer, gets offered a job. Break into the unbreachable Ice Fortress, rescue a valuable prisoner, and get more riches than even he would know what to do with. He puts together an unlikely crew, including a sharpshooter that can’t stop gambling, a sneak thief who puts ninjas to shame, a man sworn to hunt down the witch that betrayed him, that self-same witch (naturally), and a runaway with some hidden talents.

Watching what unfurls is a joy to watch. This is a very intricate plot with twists, turns, betrayals, hidden talents, and some amazing cons and plans. Almost from the start, there is surprise after surprise. I rarely saw what was coming next, and loved every minute of that.

So why isn’t a 5? A few small things. The overall tech level is unclear. At times it seems mideval, at times early industrial. There are swords and knives, but also rifles, pistols, and tanks (no, really). In a small core group, there are two different “I’m in love with you but I’ll never admit it” relationships, which seems a bit much.

My quibbles aside, it was a great read. Very Oceans’ Eleven with magic. I strongly recommend it to, well, pretty much anyone.

You can find Wayland’s original review on GoodReads

So that’s the general view of our books for June! We hope you enjoyed them if you read along with us.

The picks for July’s Books of the Month are The Long Way to a Small, Angry Planet by Becky Chambers and The Magicians by Lev Grossman. We are also reading Blood of Elves by Andrzej Sapkowski as the bonus Mod Special.