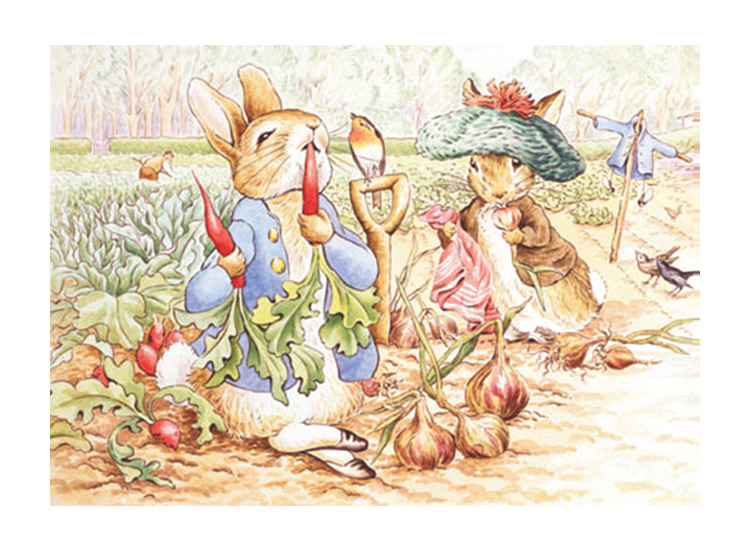 As the 28th July 2016 marks the 150th birthday of Beatrix Potter, I felt that this week’s author spotlight spot could not go to anyone else.

Born on 28 July 1866 and died 22 December 1943, Beatrix was a children’s fantasy author and illustrator, known for her stories about talking animals who wear clothes.

How did you come across them?

I can’t actually remember when I first came across her stories, it was probably some sort osmosis as Beatrix Potter-themed toys and tableware are common gifts for new babies. I probably had s cup or plate with a quote on it before I could even read or know what it was.

What is your favourite work by them and why?

In all honesty I have only read a couple of these stories (I plan to eventually read them all though). I would say I like the Tale of Peter Rabbit because of the trouble he gets into with Mr MacGregor, and his little blue coat is just lovely!

Personally I think Mrs Tiggy-Winkle seems like the sweetest character and would definitely have my vote. However, I think I will have to say Mittens purely because when I was 10, my school put on a medley play of Beatrix Potter stories, and I played the role of Mittens (complete with vintage Laura Ashley dress, pinny, ears and tail)!

Beatrix Potter was also a well-known naturalist whose illustrations of fungi have been printed in identification texts. But what I love her most for is for all her efforts in sheep farming and conservation in the Lake District. Upon her death she bequeathed nearly all her property (including around 4000 acres of land!) to the National Trust. The National Trust HQ in Swindon is called named Heelis after her (she married a lawyer called William Heelis).

If you cannot visit her property in the Lake District this summer, you could read some of her books or something about her, or watch the film Miss Potter.