In September we read  Cinder by Marissa Meyer and Sabriel by Garth Nix. Let’s take a look at what our members thought of these picks. We’ll review the Mod pick of Wool by Hugh Howey in next months round up.

Humans and androids crowd the raucous streets of New Beijing. A deadly plague ravages the population. From space, a ruthless lunar people watch, waiting to make their move. No one knows that Earth’s fate hinges on one girl.

Cinder, a gifted mechanic, is a cyborg. She’s a second-class citizen with a mysterious past, reviled by her stepmother and blamed for her stepsister’s illness. But when her life becomes intertwined with the handsome Prince Kai’s, she suddenly finds herself at the center of an intergalactic struggle, and a forbidden attraction. Caught between duty and freedom, loyalty and betrayal, she must uncover secrets about her past in order to protect her world’s future.

This book had almost equal measures of dislike, “meh”, and love! Most members were agreed on the fact that it was light, “fluffy YA”, some liked this about it and some didn’t! On the negative side, people felt that the characters were shallow and stereotypical, which in turn made the story somewhat predictable. People who have gone on to read the rest of the series felt that this was the weakest book. On the positive side, people said that it was a fun read, particularly due to the fact it was based on a fairy tale retelling. A few people commented on their appreciation of the way in which the heroine of the story was written, being different to other more traditional YA heroines.

Here’s some thoughts from our member Greg:

It was an ok book – not great, not terrible – but it definitely had a certain audience in mind. It was only grating with the love/angst/hair falling in his eyes way in a few places; so not bad that way, but the overall focus was clearly on the relationship between Cinder and Kai.

The writing in the beginning was a bit marginal, but it did actually get a bit better. The fast pacing and active, vivid descriptions in chapter 36 in particular struck me as fairly well done.

As far as the story/world building, I don’t mind shallow books or light books, but I do think this one was pretty darn paper thin. It wasn’t at all clear where this vast cyborg prejudice stems from. None of the social concepts are well developed at all .. I’d mentioned in one of the earlier chapter threads that many other works of sci-fi deal with fears of robots/AI in a much more complex and satisfying way. This book obviously has different goals, but still, the world building is so thin that it’s barely coherent. Iko the robot seems to have a crush on Kai .. that’s AI, right? She wouldn’t be programmed to do that, I don’t think .. but in a world of prevalent AI, why would a completely normal human with an artificial arm or leg be feared or hated? It’s not impossible, but a little background or explanation would be nice.

Also, the characterizations are pretty thin. Partly that’s due to the fairy tale .. the stepmother is going to be a monster, isn’t she? But even the main characters are pretty thin. Kai for instance: a real crown prince would probably either be a pampered brat or he’d be a much more together/collected person than he is. If he didn’t care about his position, he’d be spoiled by privilege. If he did care, he’d be a bit more politically astute. By contrast Kai seems just a regular well-adjusted adorable guy with no hangups, arrogance, preconceptions, or special political skills .. just a guy next door who happens to be hot and royal. Possible? Maybe but not very likely – his complete lack of political skills is a bit surprising, maybe even irritating.

All the characters are written like this – it’s a pure fantasy in a romancy way. And yet, the story isn’t boring. I was somewhat entertained by it, though I was by no means thrilled or blown away. I’m not the target audience, but for what it is, it’s not a bad specimen. Not a stellar one either. 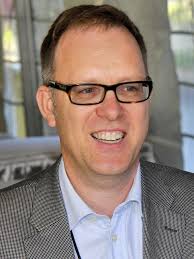 Sent to a boarding school in Ancelstierre as a young child, Sabriel has had little experience with the random power of Free Magic or the Dead who refuse to stay dead in the Old Kingdom. But during her final semester, her father, the Abhorsen, goes missing, and Sabriel knows she must enter the Old Kingdom to find him.

With Sabriel, the first installment in the Abhorsen series, Garth Nix exploded onto the fantasy scene as a rising star, in a novel that takes readers to a world where the line between the living and the dead isn’t always clear—and sometimes disappears altogether.

As a group there was a lot of love for the book, with the majority of ratings sitting at 4 stars. Many members felt it was a welcome change to traditional YA. People enjoyed the magic system and applauded Nix writing style.  There was also a whole lotta love for Tim Curry’s narration of the series. There weren’t many negatives, though there were some mention of some scenes being a bit rushed, and Touchstone initially being a bit annoying. But all in all, positives!

Sabriel by Garth Nix is the first book in The Abhorson trilogy. The story opens fairly ominously with the death of a woman and child. The series of events that unfolds in the prologue grabs the attention and sets the stage nicely. We are introduced to two of the world’s types of magic, given a little foreshadowing for what’s to come and a slightly eerie tone is set. Once the story starts, we’re gradually introduced to the world. Ancelstierre has a feeling of 1940’s England while the Old Kingdom feels distinctly like medieval Europe where Free Magics and creatures that go bump in the night now reign. The two kingdoms are separated by a wall and crossing the border is like taking a portal to another world where even the weather is different. And, quite naturally, that wall is failing.

The characters we get to know are also excellent. Sabriel is a great fantasy heroine. She’s a smart, clear headed, strong and a well balanced character. She looks at problems logically to make informed decisions and isn’t afraid to take action. Touchstone starts off fairly annoying. It’s obvious that he’s more than just a guardsman and his servile attitude at first is grating. I’m glad the character out grows this habit as the story progresses. Nix had a lot of fun with Mogget. Mogget is the perfect magical entity in the form of a feline that both says and does things I can imagine a cat would.

The story is well paced. The action and suspense is superb. The final climax had me sitting on the edge of my seat the entire time. I love the eerie/creepy undertone that is carried throughout the book. It’s exactly what you’d expect when dealing with the dead that don’t want to stay dead. Nix has a refreshing take on necromantic magic that was quite fun to read. There is even an understated romance plot that is quite sweet and not at all like today’s YA stories of instant love.

I listened to the audio book of this narrated by Tim Curry. I think I could listen to Tim Curry read from the dictionary! He is especially fun at narrating villains and magical creatures. That said, his depiction of a young girl’s voice at the beginning of the story is so bad I laughed out loud.

You can find Narilka’s original review over on GR

Have you read these books, what did you think? Feel free to get involved in the discussions as they stay open!

Don’t forget to check out our BotM Picks for October 2016!